The Law and The Lady 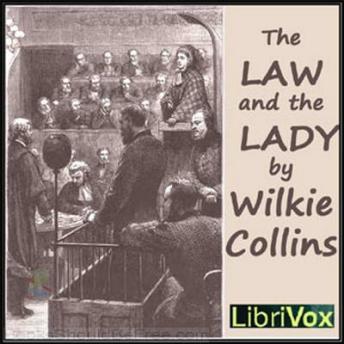 Valeria Brinton marries Eustace Woodville despite objections from Woodville's family leading to disquiet for Valeria's own family and friends.

Just a few days after the wedding, various incidents lead Valeria to suspect her husband is hiding a dark secret in his past and she discovers that he has been using a false name. He refuses to discuss it leading them to curtail their honeymoon and return to London where Valeria learns that he was on trial for his first wife's murder by arsenic. He was tried in a Scottish court and the verdict was 'Not Proven' rather than 'not guilty' implying his guilt but without enough proof for a jury to convict him.

Valeria sets out to save their happiness by proving her husband innocent of the crime. In her quest, she comes across the disabled character Miserrimus Dexter, a fascinating but mentally unstable genius, and his devoted female cousin, Ariel. Dexter will prove crucial to uncovering the disturbing truth behind the mysterious death.

Law and The Lady