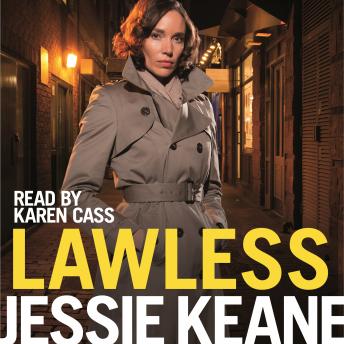 Only the lawless will survive . . .
It is 1975 and Ruby Darke is struggling to deal with the brutal murder of her lover, Michael Ward.
As her children, Daisy and Kit, battle their own demons, her retail empire starts to crumble.
Meanwhile, after the revenge killing of Tito Danieri, Kit is the lowest he's ever been. But soon doubt is thrown over whether Kit killed the right person, and now the Danieris are out for his blood and the blood of the entire Darke family.
As the bodies pile up, the chase is on - can the Darkes resolve their own family conflicts and find Michael Ward's true killer before the vengeful Danieris kill them? Or will they take the law into their own hands . . .
Lawless is the heart-racing sequel to Nameless, from bestselling author Jessie Keane.