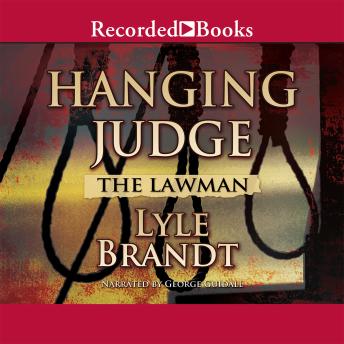 High Plains action and quick-witted gunmen are staples of Lyle Brandt's popular Lawman Western series. Deputy U.S. Marshal Jack Slade has his work cut out for him while hunting down a sharpshooter who murdered a hanging judge during an execution. Amidst the chaos of the melee, little evidence was left behind, which puts Slade's expert tracking skills to the test. But as he follows the scant clues available, he finds himself in the path of a ruthless group of killers.