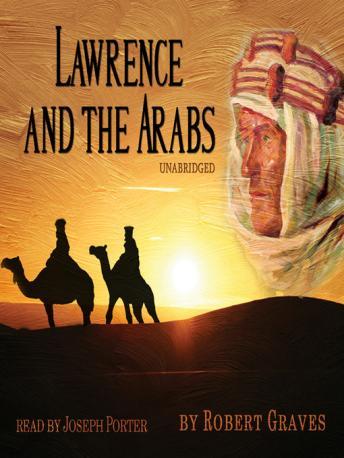 Lawrence and the Arabs

T. E. Lawrence began his lifelong affair with the Middle East as a student at Oxford, taking a four-month walking tour of Syria to study the Crusaders' castles. He later returned to the area as an archaeologist and was attached to British Army Intelligence in Egypt at the outbreak of World War I. In 1916, he set out on his greatest adventure: with no backing, Lawrence joined Arab forces facing almost insurmountable odds in a rebellion against Turkish domination. His brilliance as a desert-war strategist made him a hero among the Arabs and a legend throughout the world, earning him the moniker "Lawrence of Arabia." But his near-pathological dislike of publicity led him to a life of self-imposed obscurity as T. E. Shaw, anonymous RAF soldier. This is the official biography of a unique leader of men whose larger-than-life presence still echoes.

"[Mr. Graves] has done his job admirably and without any too obvious excesses of hero worship."-New Statesman

Lawrence and the Arabs