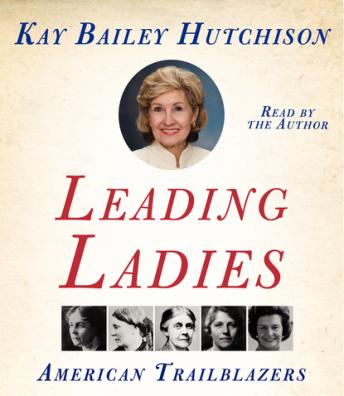 In a series of skillfully drawn biographical portraits, United States Senator and bestselling author Kay Bailey Hutchison examines the lives of sixty-three pioneers in military service, journalism, public health, social reform, science, and politics—all American women. Mixing historical portraits with modern success stories, Senator Hutchison shows how American women from all periods of history have contributed to the strength and progress of our nation. Senator Hutchison, a trailblazer herself, became the first woman from the state of Texas elected to the United States Senate.

With courage, purpose, and compassion, the women of Leading Ladies continue to blaze trails for thousands of American women to follow—and no history of the nation can be written without them.