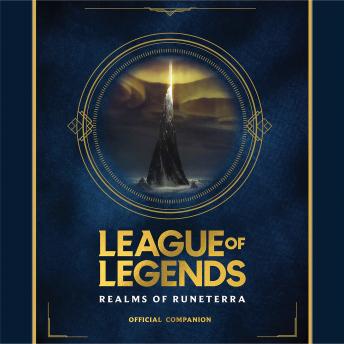 Written By: League Of Legends

Unlock the mysteries and magic within League of Legends, one of the world's most popular video games, in this encyclopedic and collectible companion book that explores the game's epic lore.
Embark on a journey through the realms of Runeterra in this first-ever collectible companion book, published to celebrate the game's tenth anniversary.
Spanning the farthest reaches of this universe and venturing into uncharted territory, this encyclopedic compendium connects players to the rich storytelling that inspires all the action. Inside, you'll find:An expedition through eleven regions, chronicling conflicts, entrenched rivalries, and covert alliancesHundreds of illustrations, including never-before-seen maps and artworkInsights into the heroes, flora, fauna, architecture, politics, and technologies from all corners of this worldOriginal narratives that bring the cultures of Runeterra to lifeLeague of Legends is an online game played by millions of people around the world, offering endless engagement with an expanding roster of champions, frequent updates, and a thriving esports scene. This volume is an essential reference for fans everywhere.

by League Of Legends