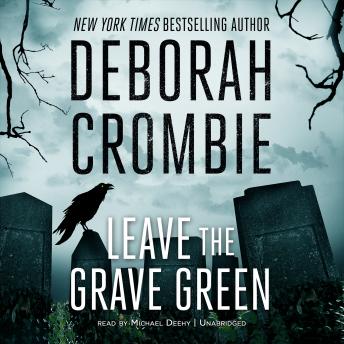 When a body is discovered floating in a Thames river lock one dreary morning, Superintendent Duncan Kincaid and Sergeant Gemma James are summoned from Scotland Yard to Chiltern Hills. The dead man is Connor Swann, son-in-law of two of London's most renowned opera personalities. And prints on the corpse's neck suggest that Swann was strangled. As Duncan and Gemma explore the quiet woods above the Thames and the flamboyant world of London opera in search of answers, they discover a tangled web of family secrets and hidden emotions. And when Duncan finds himself dangerously drawn to a suspect, he and Gemma must sort out their complicated feelings for each other.

"Secrets, big and little, hound one character after another: liaisons, frustrated ambitions, lies that cover older lies. Deborah Crombie has stylishly adopted a British accent along with a feel for British customs in crime."--The Washington Post Book World