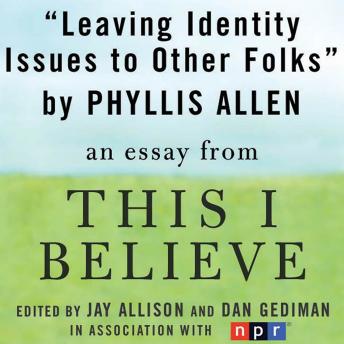 Leaving Identity Issues to Other Folks: A 'This I Believe' Essay

Phyllis Allen reflects on tumultuous decades and the changing vocabulary of race in 'Leaving Identity Issues to Other Folks', her contribution to NPR’s This I Believe series.