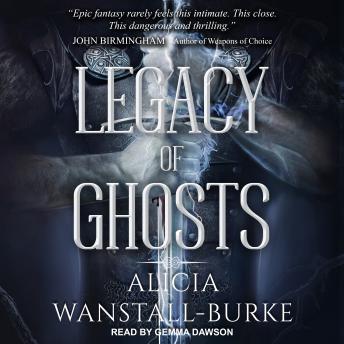 Four years have passed since Lidan's world was ripped apart, and time is running out to change her father's mind about the succession before the bargain with her mother expires. Torn between what she wants and what she knows is right, she is faced with an impossible choice; will her brother live, or will he die?

Within the walls of the Hidden Keep, Ranoth holds his secrets close as he tries to harness his wild magic. But when life in the Keep descends into chaos, he is cast once more into the outside world, forced upon a southward path toward unknown lands and untold danger.

With Ran set on seeking justice and revenge, and Lidan fighting to find her feet and follow her heart, journeys will converge, and the ghosts of a past thought long dead will rise.