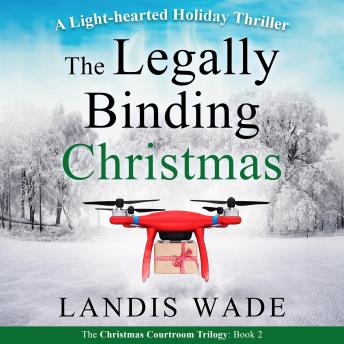 Narrated By: Bill A. Jones

In book 2 of the Christmas Courtroom Trilogy, attorney Thad Raker, having lost his wife, is struggling to believe again while raising a young daughter on his own. His life begins to change when he meets and takes the case of Twirly Masters, an eccentric client living in a house with a Christmas secret.

When the government seeks to take Twirly's property, Raker must battle conspiring adversaries, a cantankerous judge and his own personal doubts. If he loses the case, Christmas won’t come for hundreds of thousands of children. Can Raker save Christmas, and in the process, save himself?

Part mystery, part legal conundrum, this story pits the timeless magic of Christmas against two formidable adversaries - rampant technology and greed. As the fate of Santa and his legion of helpers hangs in the balance, the courtroom battle comes down to where it is always won or lost - the human heart.

This title is due for release on August 28, 2020
We'll send you an email as soon as it is available!