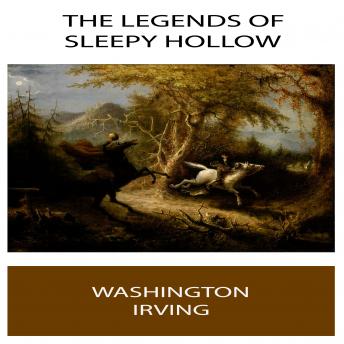 The Legend of Sleepy Hollow

Headless horsemen were staples of Northern European storytelling, featuring in German, Irish (e.g. Dullahan), Scandinavian (e.g. the Wild Hunt) and English legends and were included in Robert Burns's 'Tam o' Shanter' (1790), and Burger's Der wilde Jager, translated as The Wild Huntsman (1796). Usually viewed as omens of ill-fortune for those who chose to disregard their apparitions, these specters found their victims in proud, scheming persons and characters with hubris and arrogance. The chief part of the stories, however, turned upon the favorite specter of Sleepy Hollow, the Headless Horseman, who had been heard several times of late, patrolling the country; and, it was said, tethered his horse nightly among the graves in the churchyard. The story was immediately matched by a thrice marvelous adventure of Brom Bones, who made light of the Galloping Hessian as an arrant jockey. He affirmed that on returning one night from the neighboring village of Sing Sing, he had been overtaken by this midnight trooper; that he had offered to race with him for a bowl of punch and should have won it too, for Daredevil beat the goblin horse all hollow, but just as they came to the church bridge, the Hessian bolted, and vanished in a flash of fire. All these tales, told in that drowsy undertone with which men talk in the dark, the countenances of the listeners only now and then receiving a casual gleam from the glare of a pipe, sank deep in the mind of Ichabod.