The Legend of Sleepy Hollow 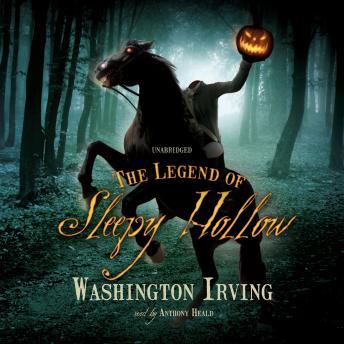 In the Dutch settlement of Tarry Town, New York, in a secluded glen called Sleepy Hollow, Ichabod Crane arrives to educate the children of the region. This lanky schoolmaster from Connecticut fancies the idea of marrying the beautiful Katrina Van Tassel, the eighteen-year-old daughter of a wealthy farmer, but there is a problem with his plan. Abraham “Brom Bones” Van Brunt, the town rowdy, has already set his heart on marrying her.
This romantic rivalry climaxes one autumn night with the appearance of the legendary Headless Horseman, allegedly the ghost of a Hessian trooper who lost his head to a cannonball during the Revolutionary War. Every night he rides through the woods to the scene of the battle in search of his head.
Since this story’s first appearance in 1820, generations of readers, young and old, have thrilled to the Headless Horseman galloping through the haunted woods of Sleepy Hollow. The rollicking tale of Ichabod Crane and his ill-fated courtship of Katrina Van Tassel has become a classic ghost story.