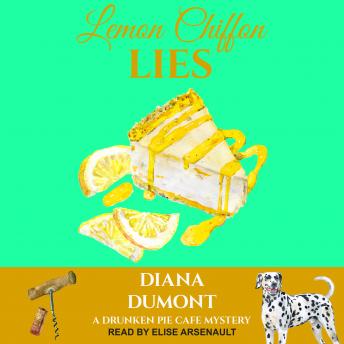 While most scavenger hunts end with a prize, this one ends with murder.

Amateur sleuth Isabelle 'Izzy' James thinks life in Sunshine Springs has finally settled down. Her boozy pie cafe is running smoothly, and she has a whole new circle of friends . . .

But nothing stirs up a quiet week like a man being pushed from a rooftop to his death.

The unlucky man had been participating in a scavenger hunt when he met his demise, and Izzy goes on a scavenger hunt of her own-looking for clues about who the murderer might be. But even with her trusty Dalmatian, Sprinkles, by her side, Izzy struggles to solve the case.

To make matters worse, the mysterious killer threatens Izzy herself . . .

Can she solve this case before her scavenger hunt for clues ends in her own murder?