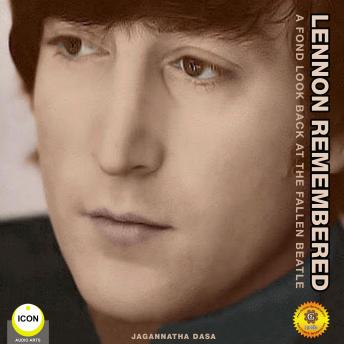 Lennon Remembered - A Fond Look Back at the Fallen Beatle

In this original production, the real John Lennon is revealed through the insightful narration of Beatles historian Jagannatha Dasa. Lennon was a complex man whose incredible body of work often obscured the sensitive, fragile man behind the music.
Since his violent death in 1980, Lennon has become an almost fictional character; a hippie prince of peace, an idealized icon, a romanticized caricature. Along the way, the authentic John Lennon has been all but lost.
Join the author in an in-depth, no holds barred look at the phenomenon of the Beatles and the often troubled Liverpool man behind it.

Lennon Remembered - A Fond Look Back at the Fallen Beatle