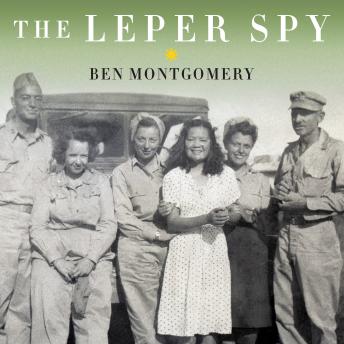 The Leper Spy: The Story of an Unlikely Hero of World War II

The GIs called her Joey. Hundreds owed their lives to the tiny Filipina who stashed explosives in spare tires, tracked Japanese troop movements, and smuggled maps of fortifications across enemy lines. As the Battle of Manila raged, Josefina Guerrero walked through gunfire to bandage wounds and close the eyes of the dead. Her valor earned her the Medal of Freedom, but what made her a good spy was also destroying her: leprosy, which so horrified the Japanese they refused to search her. After the war, army chaplains found her in a nightmarish leper colony and fought for the U.S. government to do something it had never done: welcome a foreigner with leprosy. This brought her celebrity, which she used to publicly speak for other sufferers. However, the notoriety haunted her and she sought a way to disappear. Ben Montgomery now brings Guerrero's heroic accomplishments to light.

Leper Spy: The Story of an Unlikely Hero of World War II