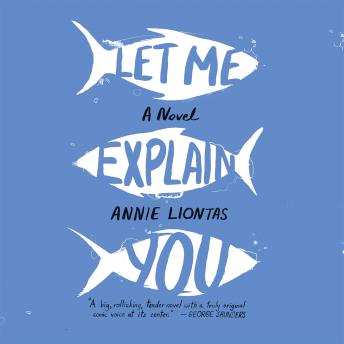 Let Me Explain You

A “big rollicking, tender novel with a truly original comic voice at its center” (George Saunders), Let Me Explain You is about a Greek American family and its patriarch - - part Zorba, part King Lear- - and announces the arrival of a significant new voice in contemporary literature. Let Me Explain You begins with a letter: Stavros Stavros Mavrakis, Greek immigrant and proud owner of the Gala Diner in New Jersey, believes he has just ten days left to live. He sends a scathing email to the estranged ex-wife and three grown daughters, outlining his wishes for how they each might better their lives. He then prepares for his final hours and wonders why he is alone. With varying degrees of laughter and scorn, his family and friends have dismissed his behavior as nothing more than a predictable plea for attention, but when Stavros really does disappear, those closest to him are forced to confront the possibility of his death and the realities of their loss. A vibrant tour de force told from multiple perspectives and driving to a surprising conclusion, Let Me Explain You eulogizes Stavros Stavros,  turning in part of his realization that “a man spends his whole life trying to say it better,” while giving necessary voice to the women in his life. This multigenerational  novel explores our origins and family myths, reinvention and forgiveness, hunger and what feeds us. Let Me Explain You is a beautifully told, heartfelt story, and its meditations on the communal power of story telling and family-- most notably the relationship between fathers and daughters, but also the complex bond of sisterhood – are at turns and deeply moving.