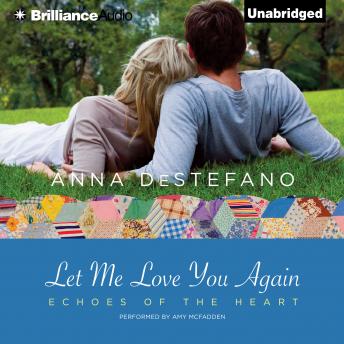 Let Me Love You Again

Selena Rosenthal left behind her high school sweetheart, who was the love of her life, seven years ago. Now, she and the once-rebellious Oliver Bowman are back in Chandlerville—after his foster father’s heart attack and Selena’s contentious divorce—to deal with her secrets, the recklessness that caused their breakup, and the almost-strangers they’ve become to each other and their families. As soon as his father is stronger, Oliver must return to the successful career that helps support a new generation of foster kids. But he’s falling for Selena again, her daughter has a hold on his heart, and he can’t imagine leaving behind his brothers and sisters once again.More attached by the day to their charming hometown and families, Selena and Oliver fall in love for the second time.Has fate brought Chandlerville’s prodigal children together again…this time forever?

Let Me Love You Again