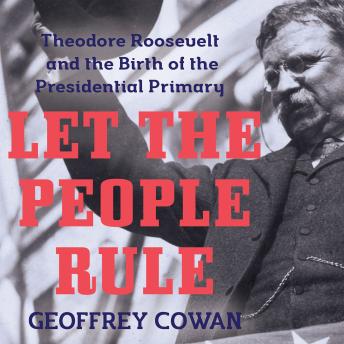 Let the People Rule: Theodore Roosevelt and the Birth of the Presidential Primary

The colorful, dramatic, and surprising story of four crucial months in Teddy Roosevelt's 1912 campaign that fundamentally altered the American political process. Between February 24, 1912, when TR came out of political retirement to challenge William Howard Taft for the Republican Party's nomination for president, and June 23 of that year, Roosevelt and his supporters created and benefited from thirteen new presidential primaries, the first in the nation's history. Stressing the importance of primaries, TR's campaign theme became “the right of the people to rule.” Though Roosevelt won about 70 percent of the delegates selected by public vote, it was not enough to overcome the power of party bosses and entrenched interests. He walked out of the convention to create the Bull Moose Party but then shocked many of his strongest supporters by excluding all black delegates from the Deep South. Let the People Rule shows how the political and social turmoil of that landmark year changed politics in ways that provide important lessons for America today.

This title is due for release on January 11, 2016
We'll send you an email as soon as it is available!