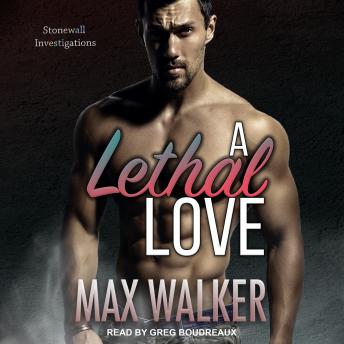 Alejandro Santos is a sharp as nails detective who's been struck with a spell of boring cases. He's left unstimulated and unhappy. That is, until Griffin walks in through the doors of Stonewall Investigations and suddenly everything changes.

Griffin Banks is the son of a tech mogul and, from the outside in, appears to have everything set. But Griffin's battling intense demons of his own. Things get exponentially worse when he wakes up from a drug and alcohol-fueled blackout to find his friend in his living room. His dead friend. Someone murdered her and left him behind.

When powerful sparks begin to fly between the two, both men will be faced with new challenges. They'll be tested in ways neither would have ever seen coming. Griffin and Alejandro will need to navigate a winding, treacherous road on their journey to finding happiness together.