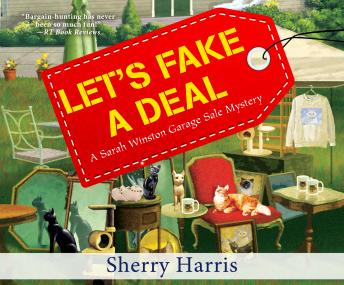 As a former military spouse, Sarah Winston's learned a little about organizing, packing, and moving. Her latest project sounds promising: a couple of tech-industry hipsters, newly arrived in her Massachusetts town, who need to downsize. Unfortunately, when Sarah tries to sell their stuff, she discovers it's all stolen-and she's the unwitting fence. Michelle, an old friend of Sarah's from the Air Force base, is in line for a promotion-but not everyone is happy about it, and she's been hit with an anonymous discrimination complaint. When one of the men she suspects is behind the accusations turns up dead in Michelle's car, Sarah needs to clear Michelle's name-as well as her own for selling hot merchandise. And she'll have to do it while also organizing a cat lady's gigantic collection of feline memorabilia, or they'll be making room for Sarah in a jail cell.