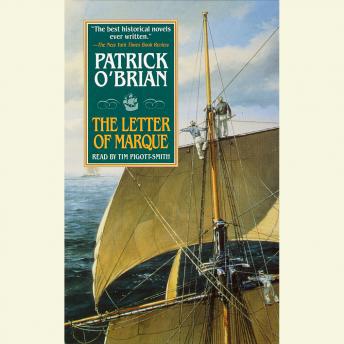 The 12th installment in the Aubrey/ Maturin series.

The time is the early 1800s, and the British Navy stands as the only bulwark against the militant fanaticism of Napoleonic France.  Jack Aubrey, a brilliant and experienced officer, has been struck off the list of post-captains for a crime his has not committed.  His old friend Stephen Maturin, usually acting as the ship's surgeon to cover his activities on behalf of British intelligence, has bought for Aubrey his old ship The Surprise to command as a privateer.  Together they sail on a desperate mission against the French which, if successful, may redeem Aubrey from the private hell of his disgrace.

From these familiar Patrick O'Brian has created a tale of great narrative power that rivals C.S. Forester for suspense, and surpasses him in its perception of character.