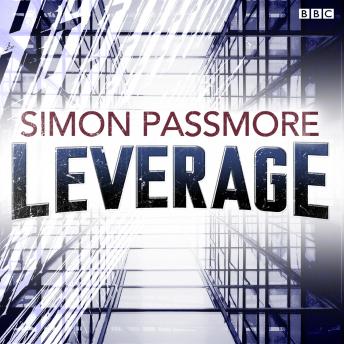 A fast-paced psychological thriller from BBC Radio 4's 'Saturday Play' slot, originally broadcast 26 March 2011. A city banker is found dead in an opulent apartment. At the funeral, his former girlfriend Helen is unexpectedly questioned about when she last saw him. Did he mention computer files, or give her anything as a keepsake? Helen's suspicions mount as she retraces his last movements. Her discoveries put her in the firing line... A taut, character-driven conspiracy thriller, writhing with twists and heavy on menace, by one of radio's leading writers of thrillers, Simon Passmore. 'Leverage' stars Claire Foy, Blake Ritson, Charlie Cox, Sally Orrock, Joanna Monro, Nyasha Hatendi and Sean Baker.