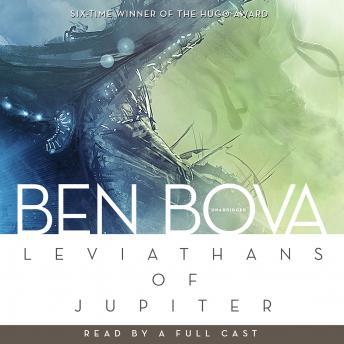 What secrets lurk in the depths of Jupiter’s oceans?

In Ben Bova’s novel Jupiter, physicist Grant Archer led an expedition into Jupiter’s planet-wide ocean, attempting to study the unusual and massive creatures that call the planet their home. Unprepared for the hostile environment and crushing pressures, Grant’s team faced certain death as their ship malfunctioned and slowly sank to the planet’s depths. However, one of Jupiter’s native creatures—a city-sized leviathan—saved the doomed ship. This creature’s act convinced Grant that they were intelligent, but he lacked scientific proof. Now, several years later, Grant prepares a new expedition to prove it once and for all. The new team faces dangers from both the hostile environment and from humans who will do anything to make sure the mission is a failure—even if it means murdering the entire crew.