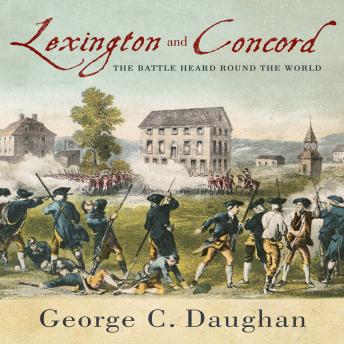 Lexington and Concord: The Battle Heard Round the World

George C. Daughan's magnificently detailed account of the battle of Lexington and Concord will challenge the prevailing narrative of the American War of Independence. It was, Daughan argues, based as much on economics as on politics. When Benjamin Franklin wrote home about living conditions in Britain and Ireland, his countrymen were appalled. Could the Crown's motive be to reduce the prosperous American colonies to such serfdom? This idea inspired the vast turnout of Patriot militiamen at Lexington and Concord that so shocked King George III and his ministers. The scorn of the British for the experienced colonial fighters was another key factor. The British troops-many had never been in battle-were outnumbered and outclassed; their leaders were impervious to reason; and the fate of British rule in America was sealed.

Authoritative and immersive, Lexington and Concord offers new understanding of a battle that became a template for colonial uprising in later centuries.

Lexington and Concord: The Battle Heard Round the World