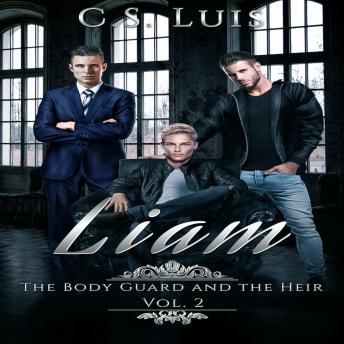 Special Forces marine Liam Mason is a rebel at heart and far from what his younger twin brother, Nathan Mason, was - a devoted bodyguard. Working for the cartel has its ups and downs and training the cartel’s army of dangerous renegades is a hard business that often comes with a price. But when Liam gets too close to his boss’s son, the man soon has his heart bent on ending the ex-soldier’s life.

Hunted by cartel bounty hunters, Liam ends up in his mother’s old cabin, where sore and mending a broken heart, he comes across young Christian Madison, who has no idea who he is.

Still aching from his loss, Christian Madison is overjoyed when Nathan returns into his life. Having thought him dead, he is far more than thrilled. But when he awakens and finds himself alone once again, he fears he’s losing his mind.

When a letter arrives to reveal the truth, Christian knows he must get to the bottom of all this; maybe he’s not going crazy or seeing ghosts after all. But one thing is for sure, his world has once again been turned upside down. But is he far more angry or afraid to fall in love with another man?

This title is due for release on November 4, 2018
We'll send you an email as soon as it is available!