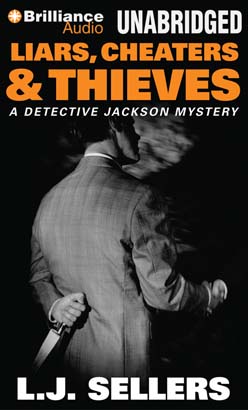 Outside a local bar, a man is drugged and slashed to death with a scalpel. Inside a local bank, a woman suffers a fatal heart attack after learning her life savings have been plundered.

The crimes are as different as the night and day they occur. The vicious murder is a case for Eugene’s Violent Crimes Division, but the more Detective Wade Jackson and his homicide team probe into the death of Rafel Mazari—an Iraq War veteran with disturbing secrets—the more it appears that one crime’s victim may be the other’s perpetrator.

While there’s damning evidence that Mazari died at the hands of his cheating wife, a phantom internet veterans’ charity—the same one that wiped out the heart attack victim’s bank account—keeps cropping up at every turn of Jackson’s investigation. And when Mazari’s best friend turns up murdered in identical fashion, Jackson suspects a motive that’s deeper, darker, and more devastating than broken vows and love turned lethal.