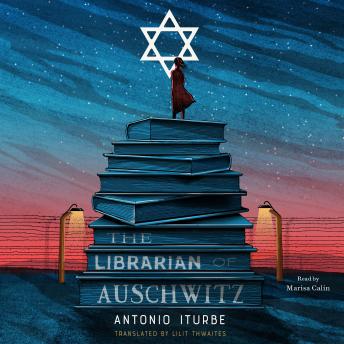 The Librarian of Auschwitz

This program features an author's note read by Dita Kraus.

Based on the experience of real-life Auschwitz prisoner Dita Kraus, The Librarian of Auschwitz is the incredible story of a girl who risked her life to keep the magic of books alive during the Holocaust.

Written with touching sensitivity by Antonio Iturbe, and translated by Lilit Thwaites, this audiobook provokes every emotional response and will not be forgotten.

Fourteen-year-old Dita is one of the many imprisoned by the Nazis at Auschwitz. Taken, along with her mother and father, from the Terezín ghetto in Prague, Dita is adjusting to the constant terror that is life in the camp. When Jewish leader Freddy Hirsch asks Dita to take charge of the eight precious volumes the prisoners have managed to sneak past the guards, she agrees. And so Dita becomes the librarian of Auschwitz.

Out of one of the darkest chapters of human history comes this extraordinary story of courage and hope.

This title has Common Core connections.