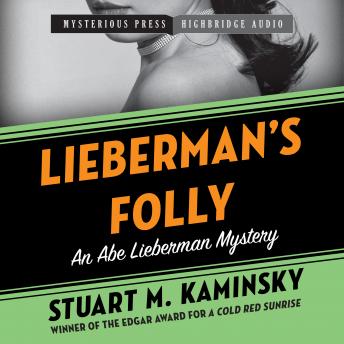 Detectives Abe Lieberman and Bill Hanrahan have been partners a long time-long enough to call each other 'Rabbi' and 'Father Murphy.' Lieberman is sixty, a grandfather, and a devout Jew. Hanrahan is a lapsed Catholic who's been hitting the bottle pretty heavily ever since his wife walked out on him. They may be flawed, but they're good cops. But even good cops have bad days.

On a hot Chicago afternoon, Lieberman would prefer to be watching his beloved Cubs from the bleachers at Wrigley Field instead of sitting in his brother Maish's deli with Hanrahan, meeting a prostitute and valued informant. But Estralda Valdez needs their protection from a psychotic john, and the partners agree to watch her back on their off-duty time.

That Friday night, while Lieberman is in temple, Hanrahan has the first watch, across the street from Estralda's apartment in a Chinese restaurant. But while he passes the time with two doubles and flirts with the waitress, the beautiful prostitute is brutally murdered. Tortured by guilt and chewed out by their chief, Lieberman and Hanrahan race against the clock to find the killer. They owe at least that much to Estralda.