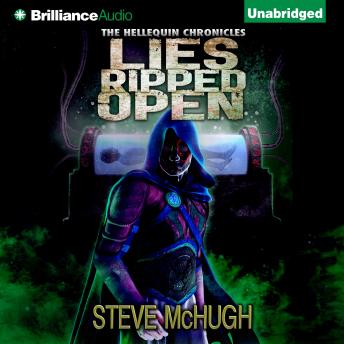 Over a hundred years have passed since a group of violent killers went on the rampage, murdering innocent victims for fun. But even back then, sorcerer Nate Garrett, aka Hellequin, knew there was more to it than simple savage pleasure-souls were being stolen.

Nate's discovery of the souls' use, and of those supporting the group's plan, made him question everything he believed.

Now the group Nate thought long dead is back. Violent, angry, and hell-bent on revenge, they have Hellequin firmly in their sights. And if he won't come willingly, they'll take those closest to him first.