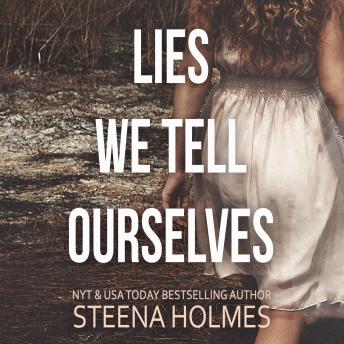 Lies We Tell Ourselves

'I found her.' One phone call and three whispered words is all it takes for Paige Fischer to risk everything - including her own life.

Twelve years ago, Paige Fischer's identical twin, Jessica was kidnapped. Blaming herself, Paige never gave up hoping Jess is still alive, despite everyone else in her life insisting it's time to move on.

Jamie is the perfect partner, and father to their son, but when he asks Paige to set a date for their wedding, she tells him she can't, not until her sister is found. Every step forward Paige takes with her life feels like a betrayal to Jess and until Paige knows for sure what happened to her, she can't settle down.

There's been a sighting and all it takes is one phone call, one betrayal and one whispered threat for Paige to throw caution to the wind and do what nobody else could: rescue Jess. But what if Paige doesn't make it in time? Is Jess still alive? Or is someone playing a twisted game with Paige? Whatever outcome, the only thing Paige knows is that she's willing to risk it all, even her own life, if it means saving her sister.

Lies We Tell Ourselves