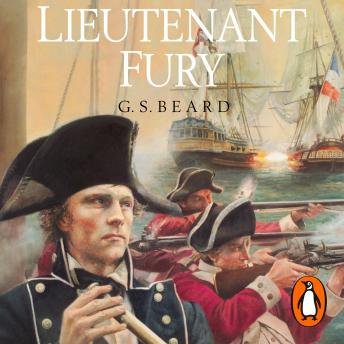 1793. HMS Amazon is returning from an arduous duty in the Indian Ocean when she encounters a French frigate in the Atlantic.When Amazon left England nearly two years before the countries were not at war but any hopes that the peace still holds are shattered as the Frenchman unexpectedly opens fire- a bloody sea battle ensues resulting in both triumph and personal tragedy for Acting Lieutenant John Fury.
A battered Amazon puts into Gibraltar for repairs and there Fury has his promotion confirmed by Vice Admiral Lord Hood, commander of the Mediterranean Fleet. But with promotion comes a transfer away from his home on the Amazon and a new challenge. He will be the fifth lieutenant on the 74-gun-man of war Fortitude.
Tedious blockading duty on the French Fleet inToulon seems to be in prospect but then in a remarkable development Toulon and the enemy fleet are surrendered to Hood by French Monarchists. A series of unexpected events sees Fury temporarily transferred away from Fortitude, first to a brig, his first independent command, then to a gun ship and finally to defend a prominent fort ashore as the Republican armies, inspired by a young artillery officer by the name of Napoleon Bonaparte, establish a brutal siege of the port. It is soon clear that Britain and her allies are going to be hard pressed to hold onto their prize. But Fury has more to lose than most, in the maelstrom of the siege he has met and fallen in love with a pretty French girl, Sophie Gourrier. Somehow, as the defence crumbles, he must rescue his men and Sophie from the doomed city.