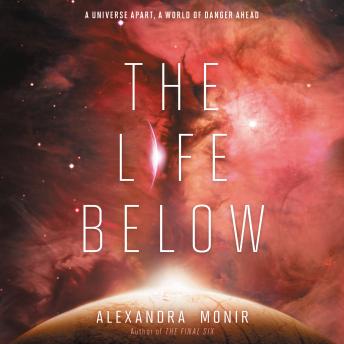 Perfect for fans of The Illuminae Files and The 100, in this heart-racing sequel to The Final Six the teen astronauts must figure out the truth about Europa before it’s too late.

It was hard enough for Naomi to leave Leo, a fellow Final Six contestant, behind on a dying Earth. Now she doesn’t know who to trust.

The International Space Training Camp continues to dodge every question about its past failed mission, and Naomi is suspicious that not everything is as it seems on her own mission to Europa. With just one shot at Jupiter’s moon, Naomi is determined to find out if there is dangerous alien life on Europa before she and her crew get there.

Leo, back on Earth, has been working with renegade scientist Dr. Greta Wagner, who promises to fly him to space where he can dock with Naomi’s ship. And if Wagner’s hypothesis is right, it isn’t a possibility of coming in contact with extraterrestrial life on Europa—it’s a definite, and it’s up to Leo to find and warn Naomi and the crew.

With questions piling up, everything gets more dangerous the closer that the mission gets to Europa. A storm threatens to interfere with Leo’s takeoff, a deadly entity makes itself known to the Final Six, and all questions the ISTC has been avoiding about the previous mission get answered in a terrifying way.

If the dream was to establish a new world for humans on Europa…the Final Six are about to enter a nightmare.