Life Grows in the Soil of Time: A 'This I Believe' Essay 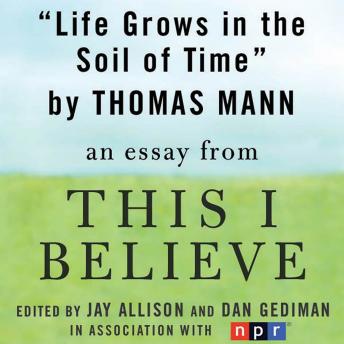 In this essay originally aired in the 1950s, novelist and essayist Thomas Mann expresses appreciation that time gives humanity a sense of life’s value in 'Life Grows in the Soil of Time', his contribution to NPR’s This I Believe series.

Life Grows in the Soil of Time: A 'This I Believe' Essay