Life, Liberty, and the Pursuit of Happiness: A 'This I Believe' Essay 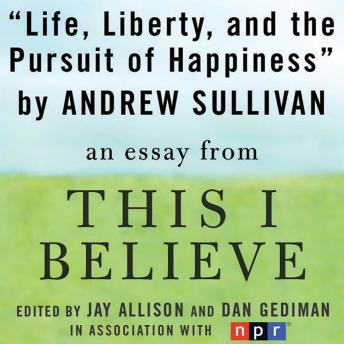 Andrew Sullivan reflects on what some of America's most fundamental values mean to him in 'Life, Liberty, and the Pursuit of Happiness', his contribution to NPR's This I Believe series.

Life, Liberty, and the Pursuit of Happiness: A 'This I Believe' Essay