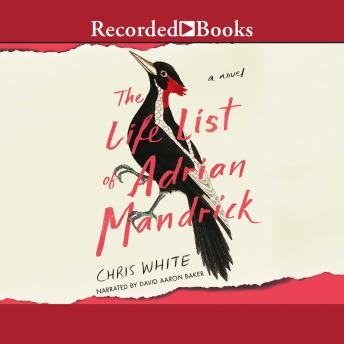 H Is for Hawk meets Grief Is the Thing with Feathers in this evocative debut novel about a pill-popping anesthesiologist and avid birder who embarks on a quest to find one of the world's rarest species, allowing nothing to get in his way-until he's forced to confront his obsessions and what they've cost him. Anesthesiologist Adrian Mandrick is filled with contradictory impulses. He wants to be a good husband to his wife and a good father to his children; he wants to forgive his once-beloved mother for the crime she committed and the long lost father who accused her. But when he receives a call from his mother after years of silence, he takes solace in the very pain medication he prescribes, spiraling downward into addiction. His sole source of true comfort is his 'life list'-the all-encompassing record of the 863 bird species he's spotted and identified. His is the third longest list in all of North America. But when Henry Lassiter, the legendary birder who held the region's second longest list, dies suddenly, Adrian seizes the opportunity to make his way to the very top. A desperate search for the extremely rare Ivory-billed Woodpecker eventually leaves him stranded in the thick swamplands of Florida's panhandle, where he is forced to confront his past and present failures, to reflect on what his obsessions and addictions have cost him, and to question what is truly important in his life. Combining wry humor and mystery with environmental adventure, The Life List of Adrian Mandrick is a fast-paced, engaging story that heralds the arrival of a new literary talent.