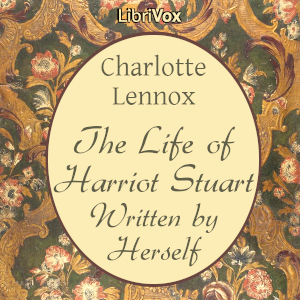 The Life of Harriot Stuart

The Life of Harriot Stuart, Written by Herself presents a complex and problematic view of self-creation in the eighteenth century. Within the novel, there is a constantly reoccurring theme of self-invention through fiction, which is echoed by the author's own use of the novel to shape her identity. Published in December of 1750, Harriot Stuart gained critical praise as a successor of Richardson's Clarissa and by 1752, Charlotte Lennox had become a protégé of Johnson. Lennox's second novel reflects the influences of men like Richardson and Johnson. Their individual styles and commitments to moral and social education are evident in the arguments and plot of The Female Quixote. Despite these associations with the didactic tradition, Harriot Stuart's resemblance to it is only superficial. Although Harriot makes gestures toward repentance and acknowledgment of her faults, the work of the novel is not to redeem Harriot's coquetry through marriage, but rather allow her to control her own identity through the manipulation of language as both coquette and narrator. As coquette, Harriot Stuart uses the language of courtship to manipulate the perceptions of her male admirers. The object of the male gaze, traditionally considered a passive role, is a site of empowerment for the coquette as she exploits it to create and re-create herself in society's eyes. As narrator, Harriot uses the telling of her courtship as a vehicle of self-invention. In controlling the telling of her own history, she in effect reconstructs her identity. Lennox, who arrived at London in 1742 with no recorded past, also engages in this self-narration as author. The history that Lennox claims for herself parallels that of Harriot Stuart, whose fictional autobiography was accepted, with Lennox's implicit consent, as the author's own. The implications of Lennox's choice of an American autobiography raise two questions. First, what exactly was American-ness in 1750 and what did it represent to Lennox specifically. Second, how did this American quality manifest itself within Harriot Stuart as both fiction and autobiography. The particularly ambiguous relationship between author, narrator, and heroine in The Life of Harriot Stuart complicates the reader's interpretation of Harriot's character and lifestyle. Along with the implications of Harriot's invention of her identity as coquette and historian, are those of Lennox's own self-invention as author through genre, gender, and geography.