The Life of Saint Junipero Serra 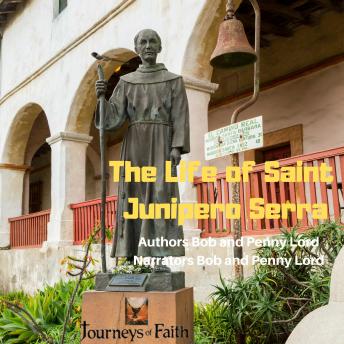 We researched the Life of Saint Junipero Serra and the California Missions.

We went to the California Missions, the legacy of Saint Junipero Serra, apostle of California.

Learn of his great love for the Missions and the Natives of the new world.

Walk with us through his early priesthood in Mallorca, Spain, to the missions of Mexico, and then to the Missions of California.

Come with us to the Mission Santa Barbara, then on to San Juan Capistrano, where we meet some of the natives from that area and speak to the people at that shrine.

Finally, we visit his Shrine at Carmel Mission, where he is buried, and his his cell and tomb are open for the public to venerate him there. Learn why he is called the Apostle of California, and of the California Missions.