Life of Zarf: The Troll Who Cried Wolf 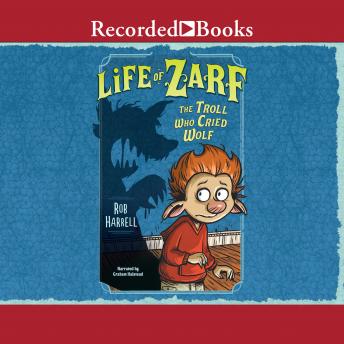 Fractured fairy tales meet modern day middle school in book two of this funny series for fans of Shrek and Timmy Failure. Even after rescuing the king from deadly Snuffweasels, Zarf is scum on the bottom rung of the middle school social ladder. After all, he is still a troll. But at least he still has his two best friends, Kevin and Chester . . . until Kevin disappears, that is. Now Zarf is at an all-time low. It seems a band of wolves are seeking revenge for the constant disgrace they've suffered over the years, and Little Red Ridinghood's kid might be next on their list. Now it's up to Zarf to crank out a solution from that troll brain of his, and save his best friend before it's too late. Award-winning comic creator Rob Harrell has middle-grade humor mastered. This second book in his Life of Zarf series is packed with even more witty one-liners and clever twists on classic folk and fairytales.

Life of Zarf: The Troll Who Cried Wolf