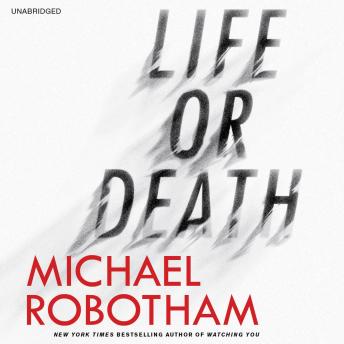 Why would a man serving a long prison sentence escape the day before he's due to be released?
Audie Palmer has spent ten years in a Texas prison after pleading guilty to a robbery in which four people died and seven million dollars went missing. During that time he has suffered repeated beatings, stabbings and threats by inmates and guards, all desperate to answer the same question: where's the money?
On the day before Audie is due to be released, he suddenly vanishes. Now everybody is searching for him - the police, FBI, gangsters and other powerful figures - but Audie isn't running to save his own life. Instead, he's trying to save someone else's.

Michael Robotham has created the ultimate underdog hero, an honorable criminal shrouded in mystery and ready to lead readers on a remarkable chase.