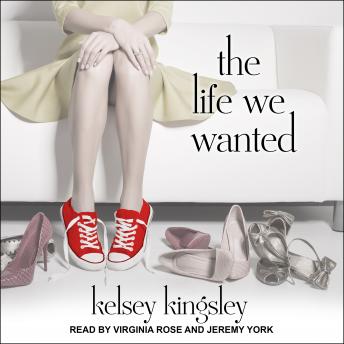 The Life We Wanted

'You have too many rules.'

'And you don't have enough.'

Sebastian Moore thought he had it all. A drumming gig with one of the world's biggest up-and-coming stars. The looks and charm to get him any woman he laid his eyes on. All the friends he could ever ask for.

But something was always missing.

That is, until he receives a letter, telling him that he's a father to a fifteen-year-old boy. Now, with the addition of his son, a love interest he never expected, and a whole new set of responsibilities, Sebastian finds himself happier than he's ever been.

But old habits die hard, and when life finally gives him everything he wanted, he'll have to find a way to keep his past from ruining the present.