A Life with Wildlife - 1 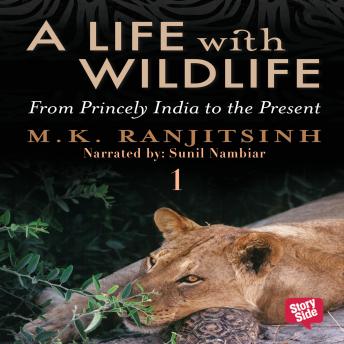 Dr M.K. Ranjitsinh has had an unparalleled role in India's wildlife conservation history. He was the prime architect of the Wildlife (Protection) Act of 1972 and of the Central government schemes to assist national parks and sanctuaries. His passion for saving endangered species continues after his retirement, whether in planning the relocation of the Asiatic lion from Gir forest, the reintroduction of the cheetah into the grasslands of central India, or in saving from extinction the Kashmir stag, the Manipur brow-antlered deer and the Great Indian bustard. A Life with Wildlife traces the course of wildlife from the princely and British era to the present and shows how wildlife conservation efforts in India have always emanated from the upper echelons of power. The book reveals the challenges of conservation in a democracy like India, and how to counteract them. There is also a candid, never-revealed-before account of the Bhopal gas tragedy from someone who played a pivotal role in its aftermath. This delightful first-hand narrative is in its essence the history of nature conservation in India, by a person who was part of it and contributed to it, during its most tumultuous period.