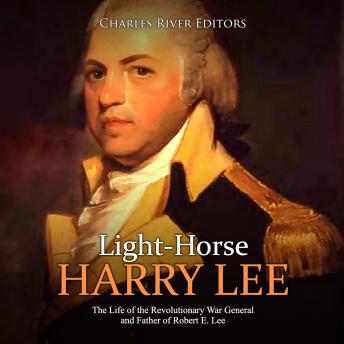 Light-Horse Harry Lee: The Life of the Revolutionary War General and Father of Robert E. Lee

The proud Virginian entered the war in uncertain times, and there were understandable doubts about how well he could lead soldiers, but through a combination of skill and luck, he became one of his country’s earliest and foremost military heroes. After the war, he would go on to a distinguished political career, and he would find himself caught up in civil unrest toward the end of his life.

Some of those details might bring to mind the life story of George Washington, and if those details included the name Lee, most of them would immediately sound like a description of Robert E. Lee’s life. In fact, they only begin to scratch the surface of the life and career of Robert E. Lee’s father, Henry Lee III, who is best known by the nickname “Light-Horse Harry” for the way he excelled as a cavalry officer during the Revolutionary War.

Aside from George Washington, many Americans are likely able to name just as many foreign generals on the rebel side as American generals. While names like Lafayette, Pulaski, Kościuszko, and Baron von Steuben are quickly associated with the Revolution, American officers like Nathanael Greene, Anthony Wayne, Horatio Gates, Henry Knox, and Light-Horse Harry Lee are often overlooked. Over 200 years later, Lee is best remembered not for his military or political service, but for being Robert E. Lee’s father, and all the attendant controversy that comes with his son’s legacy. This is unfortunate, given that he was one of the most distinguished individuals of the age.