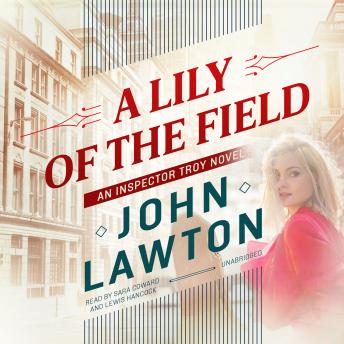 A Lily of the Field: An Inspector Troy Novel

Spanning the tumultuous years of 1934 to 1948, John Lawton's A Lily of the Field is a brilliant historical thriller from a master of the form. The book follows two characters-Méret Voytek, a talented young cellist living in Vienna at the novel's start, and Dr. Karel Szabo, a Hungarian physicist interned in a camp on the Isle of Man. In his seventh Inspector Troy novel, Lawton moves seamlessly from Vienna and Auschwitz to the deserts of New Mexico and the rubble-strewn streets of postwar London, following the fascinating parallels of the physicist Szabo and musician Voytek as fate takes each far from home and across the untraditional battlefields of a destructive war to an unexpected intersection at the novel's close. The result, A Lily of the Field, is Lawton's best book yet, an historically accurate and remarkably written novel that explores the diaspora or two Europeans from the rise of Hitler to the post-atomic age.

Lily of the Field: An Inspector Troy Novel