The Lindbergh Kidnapping Suspect No. 1: The Man Who Got Away 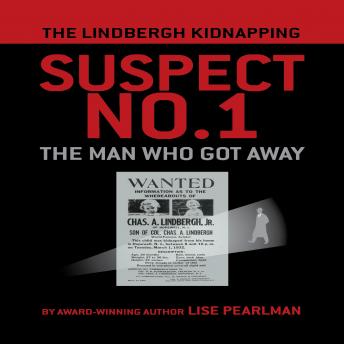 In the depths of the Depression, millions worldwide followed every twist and turn of the Lindbergh baby kidnap/murder. Yet what was reported was largely fake news. Nearly a century after undocumented immigrant Bruno Richard Hauptmann was executed for the dastardly crime, questions still linger. If the wrong man was convicted, who did it? When? Why? Where? How? The shocking answers have eluded all prior authors. Now in The Lindbergh Kidnapping: Suspect No. 1 -- The Man Who Got Away award-winning author Lise Pearlman and her team of researchers combed dusty archives to obtain crucial forensic evidence never before analyzed in published accounts. Listeners are invited to reexamine 'the crime of the century' freshly focused on a key suspect - a slim, clean-shaven man wearing a fedora that obscured his face. He was spotted with a ladder in his car near the Lindberghs' driveway early that fateful night. The police let an insider who fit that description oversee the entire investigation - the boy's father, international hero Charles Lindbergh. Abuse of power, amorality and xenophobia all feature in this saga set in an era dominated by white supremacists and social Darwinists.

Astonishingly more key evidence is accessible today than was presented at the death penalty trial of Bruno Richard Hauptmann for the kidnap/murder of Charles Lindbergh, Jr. You get to judge for yourself who committed the 'crime of the century.'

Lindbergh Kidnapping Suspect No. 1: The Man Who Got Away