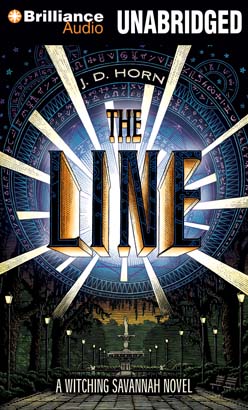 Savannah is considered a Southern treasure, a city of beauty with a rich, colorful past. Some might even call it magical…

To the uninitiated, Savannah shows only her bright face and genteel manner. Those who know her well, though, can see beyond her colonial trappings and small-city charm to a world where witchcraft is respected, Hoodoo is feared, and spirits linger. Mercy Taylor is all too familiar with the supernatural side of Savannah, being a member of the most powerful family of witches in the South.

Despite being powerless herself, of course.

Having grown up without magic of her own, in the shadow of her talented and charismatic twin sister, Mercy has always thought herself content. But when a series of mishaps—culminating in the death of the Taylor matriarch—leaves a vacuum in the mystical underpinnings of Savannah, she finds herself thrust into a mystery that could shake her family apart…and unleash a darkness the line of Taylor witches has been keeping at bay for generations.

In The Line, the first book of the Witching Savannah series, J.D. Horn weaves magic, romance, and betrayal into a captivating Southern Gothic fantasy with a contemporary flare.