Ling & Ting: Not Exactly the Same! 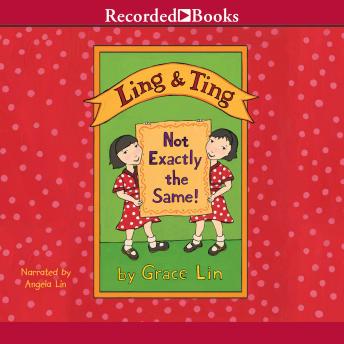 Grace Lin is the New York Times best-selling author of the Newbery Honor book Where the Mountain Meets the Moon. In Ling & Ting, Lin crafts a charming tale about a pair of Chinese-American twins who insist that, despite their physical appearance, they are NOT alike. Ling can't use chopsticks, no matter how hard she tries. And Ting can't sit still-a characteristic that makes the twins more different than ever after a small mishap at the barbershop. 'Lin . shows her versatility once again in an original book that tells its story clearly while leaving room for thought and discussion.'-Booklist, starred review

Ling & Ting: Not Exactly the Same!