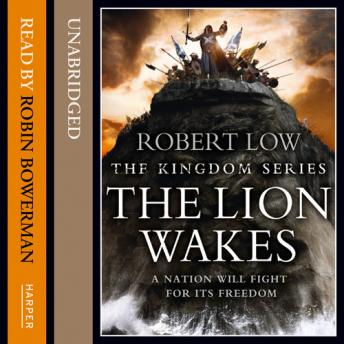 A nation will fight for its freedom.


The first novel in a major new series as Robert Low moves from the Vikings to the making of Scotland.


In the dying days of the 13th century, Scotland is in turmoil. The death of Alexander III has plunged the country into war, both with itself and with Edward I of England. Determined to bring the north under his control, Edward instead unleashes a Scottish rebellion which unites the many warring factions against him - though the old hatreds are not easily put aside.


Sir Hal Sientcler of Herdmanston, a minor noble of Lothian, finds himself caught up in the chivalry and honour, as well as the betrayal and murder that form these desperate days. As the rebellion gathers pace, Sir Hal is thrust into the maelstrom of plot and counterplot which shapes the lives of the great and good in both realms - including rebel leaders William Wallace and Robert the Bruce - as well as neighbours who now find themselves on opposite sides of the battlefield.


Hal makes a powerful enemy out of the Earl of Buchan, arch-rival of the Bruces, and swears revenge. But first he must survive battles at Stirling Brig and Falkirk; the treachery of rival factions; and guard a secret that Robert the Bruce would protect from the outside world at any cost.


When the lion wakes, everyone must fear its fangs…