The Literature of C.S. Lewis 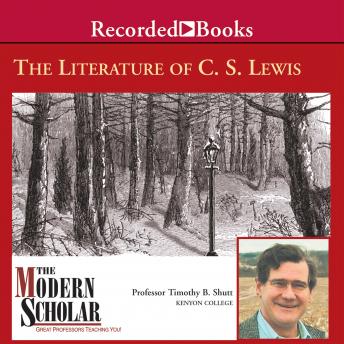 C. S. Lewis produced a body of work as diverse as it is beloved. He is known the world over for his cherished Chronicles of Narnia, but he is also the author of novels for adults, scholarly work, and the writings that rival his Narnia series in terms of continued popularity: his eloquent defences of Christianity. A friend to J.R.R. Tolkien, Lewis spent much of his life at Oxford surrounded by academics who often held him in contempt for his Christian views (though few could fail to admire Lewis for his skills as a writer and his exhaustive knowledge of literature). In this course, we will look at Lewis's life and examine the influences that would help to shape Lewis both as a man and as a writer. We will take an in-depth look at Lewis's science fiction trilogy, his Chronicles of Narnia, his apologetic and scholarly works, and his other writings. In doing so, we will come to understand the major thematic elements that mark Lewis's work. More importantly, perhaps, we will come to a finer appreciation of a writer whose true testament may be that which he strove for in all his major works: the evocation of 'joy.'