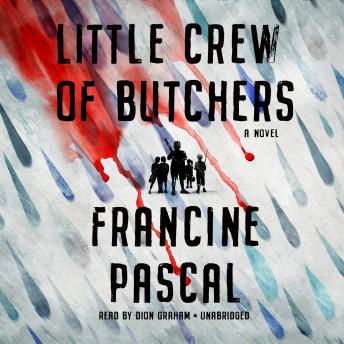 Little Crew of Butchers: A Novel

“A free license given to all acts of inhumanity and lust…this execrable crew of butchers.”—Gulliver’s Travels, Jonathan Swift

Lucas Baird never got much of a break when he was a child, but by his early twenties, his good looks and easy manner allow him to skate through life without having to put in much effort. On the cusp of manhood in years yet still a boy—what Anthony Trollope called a hobbledehoy—charming Luke has enjoyed his extended adolescence of drinking and small-time cons. But when a freak accident compels him to leave LA—and leave fast—he finds himself in New York, in the seemingly idyllic Long Island beach town of Shorelane, where through a drunken mistake, he becomes trapped in a life-or-death ordeal. Luke’s only potential saviors are a group of local children, who are themselves lost and destined for paths much the same as Luke’s—if not worse—and a young woman, equally lost. For Luke to finally cross into manhood, he will have to come to terms with his own poor judgment and mortality, and find the courage to stay sane in the face of irrational actors.

Reminiscent of The Beach and Lord of the Flies, Little Crew of Butchers is a masterful tale of the innocent savagery of children, but also of the redemptive power of love and courage, and the wisdom that comes from truly growing up.