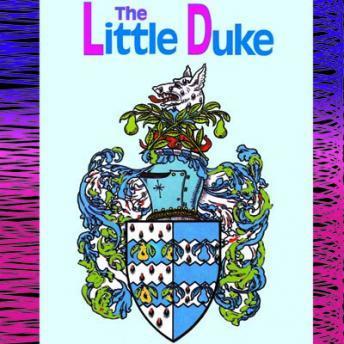 Based on historical fact, this audiobook is full of intrigue and chivalry, and at a time when Normandy was not part of France. This is the romantic childhood history of Richard the Fearless, Duke of Normandy. After his father was assassinated, when he was just nine years old, he is kidnapped and imprisoned by Louis of France who wanted to annex Normandy.

But thanks to the bravery and daring of Richard's loyal squire and knight, Osmond de Centeville, he makes good his escape. Richard's great grandson was to become William the Conqueror and King of England. The story is full of suspense and bravery, of loyalty and resolve under the most scary cirucumstances. Courage is a strong value for all involved.

Table of Contents
Chapter 01: A Welcome Visit
Chapter 02: An Untimely Death
Chapter 03: Richard Assumes the Ducal Mantle
Chapter 04: A Comrade
Chapter 05: Danger in the Castle
Chapter 06: At the French Court
Chapter 07: For the Sake of a Falcon
Chapter 08: A Daring Escape
Chapter 09: Danes to the Rescue
Chapter 10: Royal Hostages
Chapter 11: The Passing of a Prince
Chapter 12: A Boon Granted
Chapter 13: Reconciliation at Last

AUTHOR
Charlotte Yonge
Charlotte Mary Yonge (1823-1901) was a prolific British novelist, magazine editor, best know for her work in children's literature. Yonge taught Sunday School for 71 years and her novels express the same values and concerns she shared with her students, courage and self-sacrifice for a greater good.

COMMENTARY
Reviews for Alcazar AudioWorks' production of The Little Duke
I like to listen to a story read aloud by a master storyteller just as much as any of my children. There is often a book-on-tape or book-on-CD playing in the background at our house when we're busy at some task like washing dishes, folding laundry, cutting and pasting and drawing and painting, anything that requires the attention of our hands and our eyes, while leaving our ears and brains free.

We had read The Little Duke together when we were studying the Middle Ages, and so we were already familiar with the story. What a joy to hear it read aloud by David Thorn, whose rich voice and British accent somehow suit the tale to a ""T""!

Richard's great grandson would someday become the famous William the Conqueror, but at the time this story is set, Richard is just a bewildered little boy, a pawn in the game of power, with no less than the King of France seeking to control him and the rich lands he has inherited upon the assassination of his father, the Duke of Normandy. But young Richard is not without friends and protectors...

The story has all the elements that appeal to young and old alike: adventure, intrigue, knightly doings, deadly peril, and thrilling rescue. The chapters are punctuated by music and the reading goes by all too quickly - four-and-a-half hours in all - if you listen to it in one sitting. (Which we have.) Or you could break it up and listen a chapter at a time. (We've done that, too.)

Through the story, Richard grows in wisdom, compassion, and understanding, and we see him go from an indulged child to a young liege lord. He learns such valuable lessons as controlling his temper and his impulses, and putting others before himself. There is quite a contrast between the spoiled, cruel son of the King of France, and the Little Duke, and the end of the story left us wanting more.

If you like to listen to a story well-read, I highly recommend this one.
Reviewed By: Jean Hall - EHO Eclectic Homeschool Online

Makes Learning History Unforgettable!
This was a great story that is based on history. I listened to this one with my seven year old and we both enjoyed it! David Thorn does a nice job creating the voices of even the children. It is a story with a lot of adventure and human relationships. This was back when life was hard, even for the wealthy rulers. This book helps one understand what life was like back then. THis is not a book that is written at a dumbed down level. Charlotte Yonge wrote back in the late 1800's. She knew hew history and it was a pleasure to learn from her. This book has stood the test of time. We will listen to it again soon on an upcoming car trip with the rest of the family.
Listener Review - Audible.com
"